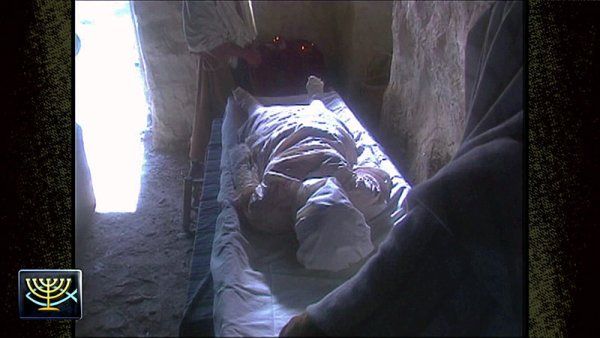 Play video (28:32)
Episode: “Death”
In the first century one both entered and exited the world with bandages. We witness this wrapping procedure and the accompanying burial ritual in an authentic tomb hewn out of stone. Speaking from the Mount of Olives, Zola shares Scripture that speaks of Yeshua’s victory over death. Those who first believed in Him could truly exclaim, “Death is swallowed up in victory!”
Series: “The First Christians (2019)”
The Life and Times of Those Who First Believed in Jesus
Originally produced in 1995, The First Christians series explores the background of the customs and manners of Jesus’ day, unearthing the Jewish roots of Christianity. God chose this one people to speak to all humanity for all time. This nine program series seeks to better understand the people with whom He chose to reside on earth. From the studio, David and Kirsten Hart talk with Dr. Jeffrey Seif about the importance and modern applications for each program.